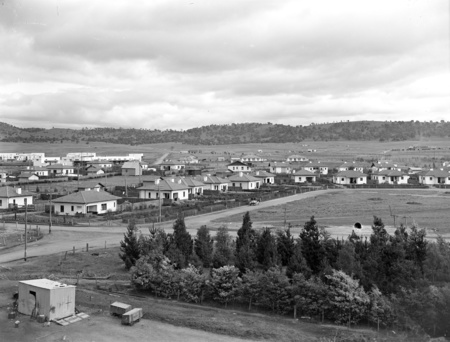 Houses in Kingston from the Kingston Power Station.

These cottages along with another 20 at Civic (modern Braddon) and 7 at Westridge were brick cottages erected in 1921. They were known as the Power House Cottages built in the area that was later renamed Barton. These few cottages represented an attempt by the Federal Capital Advisory Committee to build decent housing for construction workers. They are small brick cottages. Flats now on the site.

This image has no tags yet. Help us out.

No re-photographs for this image yet. Be the first.